The Deep Freeze, or How I Survived a Week in Yellowknife

There’s an old and somewhat disturbing song called Springtime in Alaska, performed by Johnny Horton (https://www.youtube.com/watch?v=fVK-PltvGR0). Well, Yellowknife is NOT in the Yukon, or Alaska, it’s in the Northwest Territory of Canada. Nevertheless, even today that song runs through my brain. As a transported southerner, Alaska and Canada seem equally far away, and equally cold. How is this relevant to this blog?

Back up to a photography party in the mountains of NC, perhaps in the glorious warm spring, and a proposal of a wonderful trip to see the Aurora, in Canada. 6 or 9 months before, my friend Anne and I went to Iceland, convinced that the Aurora would be ours, every night, producing glorious colors and amazing pictures. Little did we know that it would rain everyday, and we’d have 90 mile hurricane force winds closing the roads in Southeast Iceland. Of course, rain produces clouds and there were virtually no chances for the northern lights except part of one evening, where we had the faintest of a glow, not really visible until we took our images into Photoshop.

So, Kevin’s proposal gave us a second chance, especially when he mentioned that the lights are great in Canada at the beginning of February, and that it might be a little bit cold. Very cold, and he went on to describe the previous year’s scouting trip.  Matt would also be a participant, a guy from my hometown, who I had never met before. Kevin had it all figured out, and it would be an amazing trip. Truer words were never spoken, and a trip with just 4 participants leads to bonding experience.

Getting to Yellowknife is complicated from Greensboro, and there were four legs to the trip, but I got there anyway without incidents or delays, quite late at night, with a two hour time difference. I won’t talk about the return trip however.

The next day, the outfitter came and brought us our multiple layers of warmth in a huge and heavy package. There were insulated boots and snow pants and balaclavas and hats and gigantic gloves, and best of all, a Canada Goose jacket stuffed with down. Our group learned to love our rented coats once we overcame the  struggle to  zip them up over all the long underwear and sweaters and fleece. The worst part it being inside a heated room once dressed. Chasing the Aurora outside isn’t so difficult when the photographer is stuffed into that much clothing. 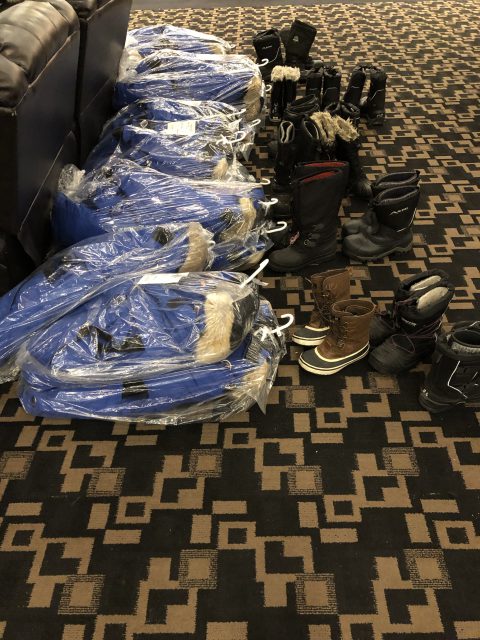 At -45, whether it’s Celsius or Fahrenheit, it’s so cold that after a while, the photographer just accepts the fact that the battery is drained after 15 minutes, the tripod legs freeze and can’t be adjusted, and the back of the camera frosts over. We took frequent trips into our wonderful van to warm up, since it was always the middle of the night. For that whole week there were jokes and stories and camaraderie unlike anything I’d ever witnessed before.

The lights were amazing night after night. Words here can’t describe what we experienced. Pictures are better, but seeing them live is worth every penny spent and every physical shiver. 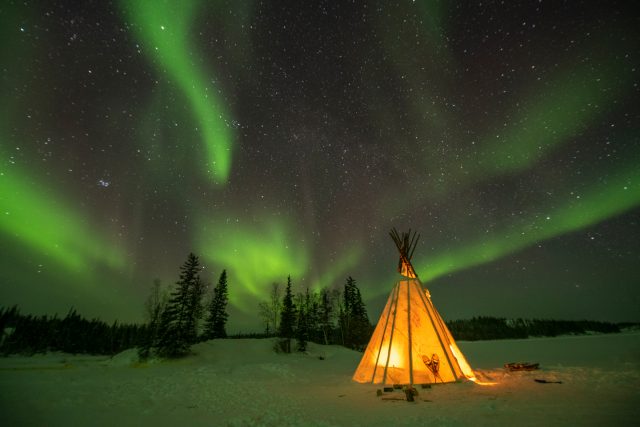